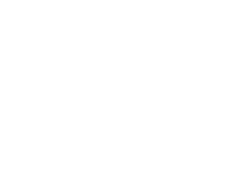 Known for some of the most beautiful natural sites in Canada and high quality of life, Hamilton is certainly catching the eye of many people who are looking for an all-around GTHA community to live, work and enjoy life. Located in the heart of the Golden Horseshoe, Hamilton is only an hour away from Toronto which is highly convenient especially for Hamilton commuters who work in Toronto. Hamilton is home to the Niagara Escarpment which immensely contributes to the city’s character with numerous waterfalls, walking trails and parks. The numerous advantages the city offers have certainly spurred population growth and the high demand for real estate. Let’s take a look at why the Steel City is one of the best places to live in the GTHA.

The Beautiful Nature
Waterfalls, conservation areas and green spaces are all part of the city’s vivid charm. Nature enthusiasts won’t be disappointed with the range of outdoor activities to do in Hamilton whether they decide to visit the Royal Botanical Gardens, hike on the Bruce Trail, admire the Tiffany Falls, etc.

Easy Access To Transit
Hamilton is a well-connected community thanks to a highly functional and easily accessible highway network that connects the city with major GTA hotspots, like Mississauga, Toronto and other surrounding cities and towns. Commutes are pretty simple and residents get to places in and outside the city in no time by taking one of the nearby highways (e.g., Highway 8, Red Hill Valley Pkwy, etc.). The construction of the Hamilton gateway between the GTA and Niagara will further strengthen local economic growth and prosperity given that it is envisioned as a major route for international business with the USA.

Festivals and Entertainment
Hamilton is proud to host some of the most popular festivals in the area, like the 3-day Hamilton World Music Festival which attracts numerous visitors and entertainers each year or the Fringe Festival which just had its 15th anniversary in July. Hamilton also has an array of restaurants, shops, fine dining and other big city amenities that offer variety. There is a total of 23 shopping malls in Hamilton, including the famous CF Lime Ridge with over 180 stores.

Hamilton Real Estate
Hamilton has been in a seller’s market for years which only indicates how high the demand is in the city. One of the reasons is that Hamilton is an all-around community with all big city-like amenities and conveniences but still retains a small-town feel. Hamilton is especially popular among families who are looking for a child-friendly and safe surrounding with great schools and education opportunities to raise their kids. Given that real estate is more affordable than in some other GTA hotspots, an influx of new residents has also been noticed in Hamilton just like in other towns around Toronto. Homebuyers can get more space for less money than in Toronto and still enjoy the same advantages. Hamilton properties vary from old to new builds, including detached, condos, townhouses in different shapes and styles which means there is something for every taste and budget.

Hamilton is a close-knit culturally diverse community where it is easy to feel welcome, so it’s no wonder that many find not only a house but a home here, too.  If you would like to know more about or explore the properties in Hamilton, contact David Mckinnon and Associates. We would love to help you find your Hamilton dream home.

Instant update when your neighbours are selling!
Type your address below:

See what your home is worth
Type your address below: